Or so it seems.

That statement (or the first part of it) was first made to me whilst working on a building site in my teens, and was made to me by a guy who had spent most of life sheep farming on a croft in a remote part of the Scottish Highlands. In his context, there was always tomorrow but the important point is that he was answerable only to himself and his sheep!

So for decades, I have ruminated on the belief that such a statement had to hold true in other walks of life. But 3 decades on, learning at my exponentially fast rate, I think I have spotted the fundamental flaw in his view.

Time may be infinite (we hope) but there is a massive difference between time, and deadlines.

I could bore you with my tales of woe, including;

I could bore you with these stories, but I won’t.

Instead, let’s reflect on this. In every example above, the other party, without any pressure or gun to the head, offered the deadlines or appointments up. Nobody threatened them with witches spells or kidnapping their pet puppy. They offered the deadline and then, committed to it.

So when the (now agreed) deadline passes with the inevitable sound of “no phone call, explanation or apology” and passing tumbleweed, it gets under my skin. No it doesn’t. It rattles the living daylights out of me and helps me understand why the person who made Tusker, really did make plenty of it.

So here’s the question.

Why do people offer and commit to doing something that they clearly have no intention of honouring?

It might be any, all or none of the above.

But it has cost every single one of the four people mentioned above business, at least from me.

Beware the crofters….if you want to keep business. 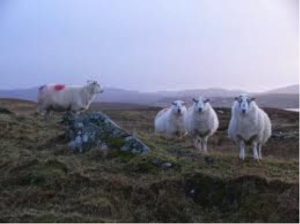