You might have noticed, that answering your phone to an unidentified caller is often going to test your stamina. In fact, the same is often true of calls from known contacts. Don’t get me wrong…this is not a criticism of people making calls, nor telephone manners, more of not being able to start a phone call without 16 polite, formal exchanges enquiring about your day, your health and I dare say even your family. So it’s not about politeness. It’s getting to the point. I overheard a colleague of mine taking a call prior to the start of a meeting in Nyeri recently, and I kid you not, he very politely requested 3 times that the caller moved on to the point of the call. Anyone who knows him will be amused at the use of the words “very politely” in that sentence.

Mr Collymore and his team will be delighted to know that this intro (or start) took more than 45 seconds. I read somewhere that there are more than 30 million mobile phone subscribers in Kenya so you can do your own maths on how much such lengthy intros are costing.

I also read recently that the average duration of a cellphone call in Africa is 3 minutes and 15seconds. So my colleague’s intro represented nearly 25% of the average call duration. Good money for Safaricom if that is representative.

If we were to assume that the middle of the conversation came next, ultimately followed by a polite, protracted goodbye, then perhaps only 1 to 2 minutes would actually be spent discussing the point of the call.

But….”hang on there” I hear you say. “When has anybody ever said goodbye after a call?”.

It’s a good point. How many times have you wondered if the call is really over? Or has someone just entered a dead zone? Maybe they have answered another call at the same time and are merely going through 45 seconds of “how’s your father?”.

Either way up, calls invariably end with the person on the other end having a chloroform soaked cloth placed over their mouth, rendering them incapable of saying anything….never mind “goodbye”. They merely drift off into that soft, fluffy place we all end up when sitting on the dentist’s chair to have a wisdom tooth pulled.

I have nothing to say about the middle of conversations, but I have a suggestion that could conceivably be termed the BIGGEST-EVER-WIN-WIN-WIN.

For those who want to start with the appropriate level of politeness, do exactly that. Just quicker.  A WIN for the polite people of the world.

For those who want an ending, use the time saved at the start of the call, and take that time to thank the other party for the call. But remember to say toodle-pip. A WIN for those that like to know when it is really over..

And nobody needs to send a profit warning to Safaricom as phone calls will be approximately the same length. A WIN for stability in the commercial world. 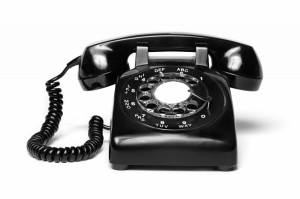