My colleague recently wrote a blog on things to think about when making a TVC Advert.  Reading the blog made me think about how else TVCs are used and whether they are used appropriately.

If you spend any time on the Internet and especially on YouTube then you know that TV is not the only place you see TVCs.  You also see them online, generally,  that annoying 5 second countdown while you wait, your cursor hovered over the skip button, to rush past the advertising that is preventing you from getting to the content you actually want to see.

Are advertisers really making the most of these 5 seconds?

Some quick online research brought up a couple of interesting articles.  One by Beth Snyder Bulik in Ad Age titled “Are Five Second Ads the Future of Web Marketing”.  This one caught my attention because it was written in 2006 – seriously 8 years ago, yet I am still seeing 30 second plus ads all over the place on YouTube that are the unedited version of a normal TVC.  You can only conclude that not much thought is given to those first 5 seconds.

MTV also did some research looking at the most effective alternative to the 30-second ad for their online AND TV channels (things have moved on from the article written in 2006 focusing on online only).  You can check out the interview with Jason Witt, MTVs SVP and GM on blip TV.  They basically concluded that most people find 30-second pre content ads, on the Internet, extremely annoying and will skip as soon as they get to 5 seconds.  The most popular format (out of 5 they trialled) was the compact 5-second ad, so popular in fact that MTV now use this for all their TV and online channels.

If evidence is starting to demonstrate that 5 seconds is the way to go then why are we continuing to produce 30-second format only?  Because that is what advertisers and companies traditionally understand, and we have yet to catch up with what our audiences want.

Why is this so critical for Kenya?  Firstly only 63% of urban dwellers watch TV (not own), this figure is higher for Nairobi at 87%.  In the rural areas of Kenya the figure is around 25% (published by AudienceScapes).   Owners of mobile phones within the population are 83% in rural areas and 94% urban.  I accept that not all of these people will own smartphones, however Nokia indicated earlier this year that over 50% of ALL phones sold the previous year were smartphones.  I believe with some level of confidence that TVs are not the future in Kenya.  Mobile is how people will view their content.  The question is, as advertisers, what are we doing to address this shift? 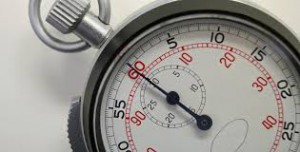